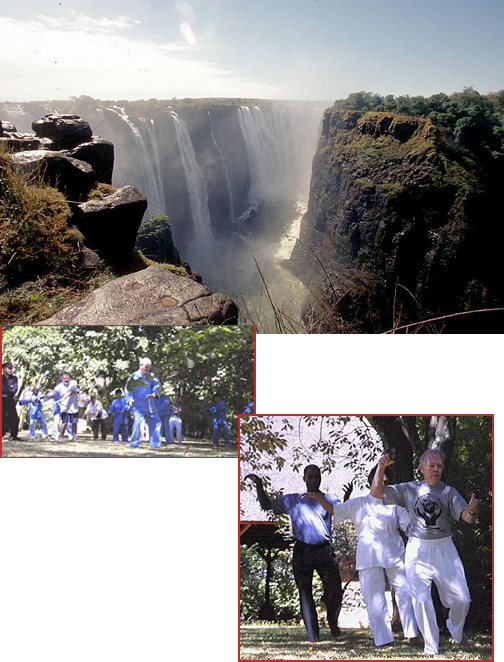 (Scroll down for gallery) 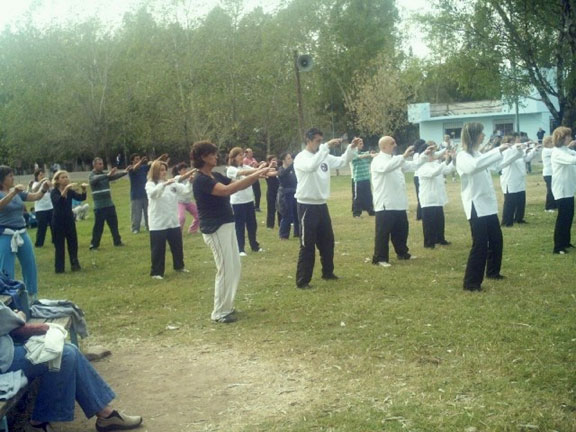 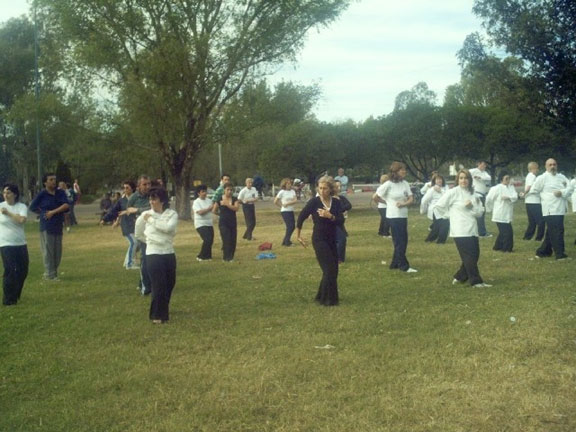 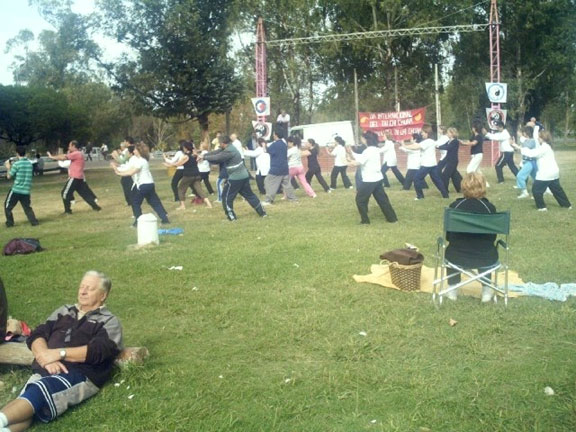 English Translation:
Day the International of the Tai Chi and the Chi Kung the -2008- Saturday 26 of April was a sunny day in LanÃºs (Buenos Aires, Argentina).

To 10:00 in the morning, in the Municipal Velodrome of LanÃºs, an opened class of Tai Chi Chuan in commemoration of the Day the International of the Tai Chi Chuan and the Chi Kung was made.

Like in very many cities of different countries, a group of medical instructors of the Association the RIVER, was part of a great practice on global scale made in parks, seats and places public with the objective to spread these millenarian practices in benefit of the health.

Several people who did not know the Tai Chi or that never had practiced it, could take contact with this discipline.

The open class organized by the Rio in the Municipal Velodrome of LanÃºs was declared of Municipal Interest by the Intendant Muncipal de LanÃºs Dr Dario Hugo Diaz Perez. 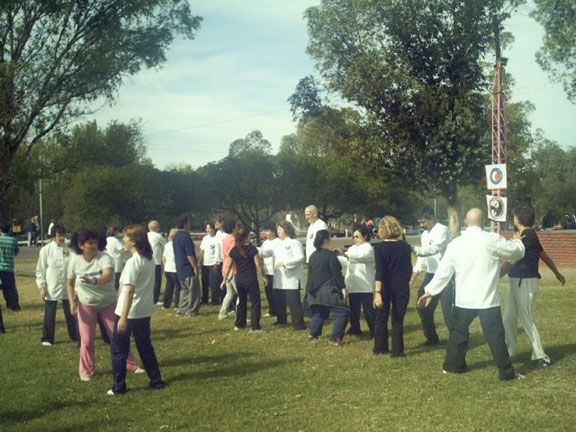 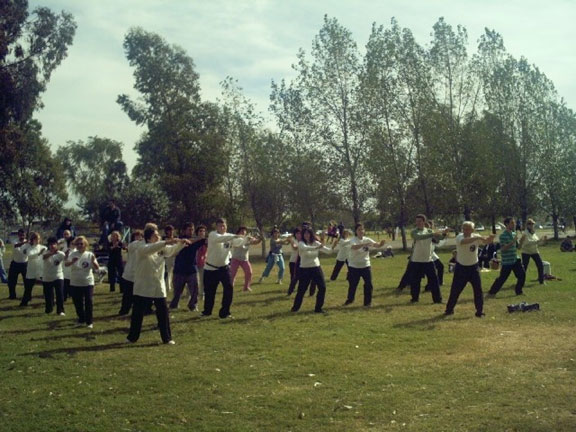 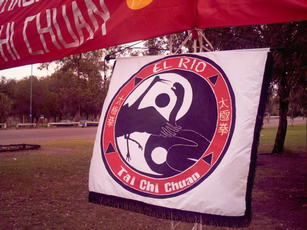 On Saturday 29 of April woke up rainy. The overcast sky.

The Municipal Velodrome of Lanús was empty. As opposed to sunny days, not people by bicycle, neither people walked or doing gymnastics. 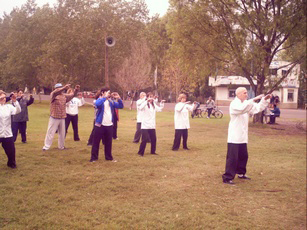 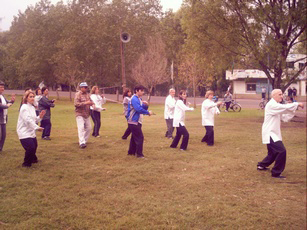 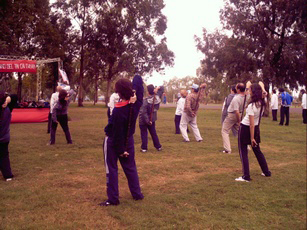 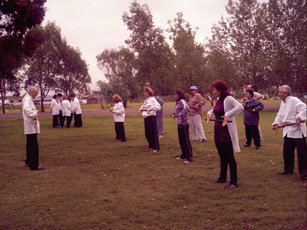 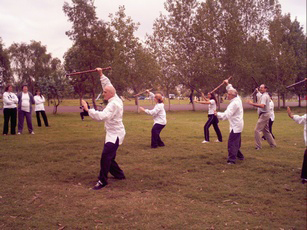 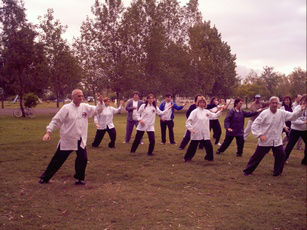 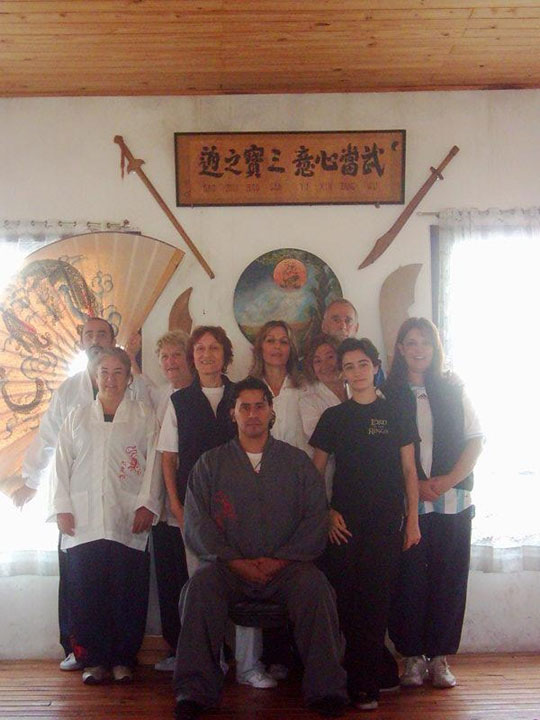 Hello loved and dear Bill.
Before nothing I want to thank for the ascent of the photos to the Web, which this very beautiful.

Here I send to photos of my Teacher Hector to you Ojeda de Villa Ballester, Argentina that were added to the celebration.

I send a great hug to you 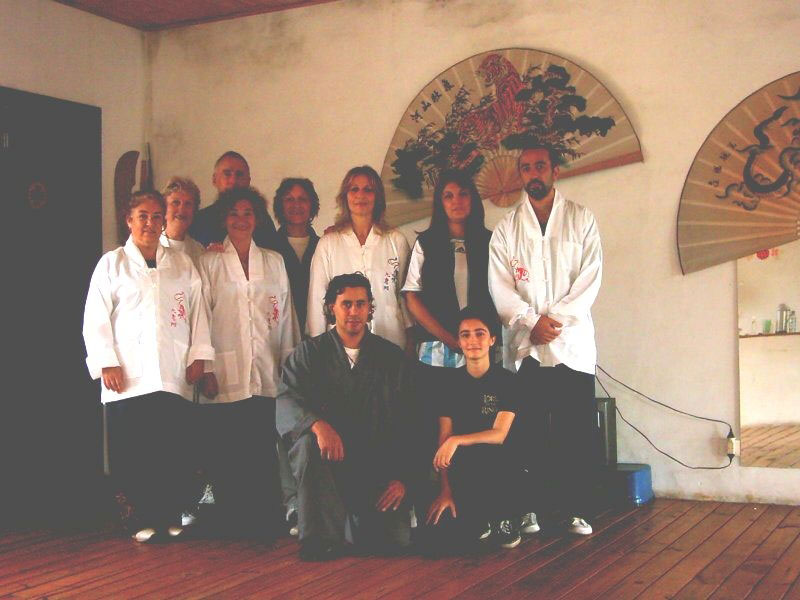